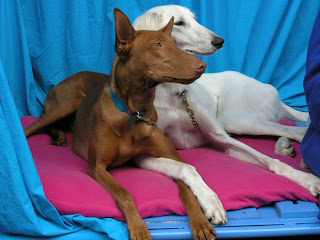 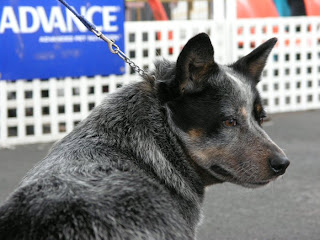 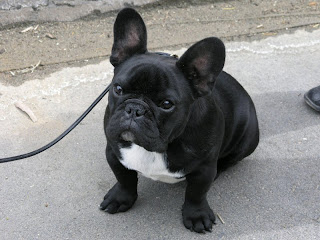 We went to the opening day of The Melbourne Royal Agricultural Show last thursday.

On the train into the city, swap trains on to the Show Express. It was crowded and as we alighted at the showgrounds we could tell it was going to be a long wait to get through the ticket gate! We had not pre bought our tickets so we had to stand in the queue and as subsequent trains arrived it got rather crowded on the platform.

Once through the turnstiles it was OK though.

We headed toward the dog judging arenas stopping on the way for scones and jam and cream at the Country Women's Association...they are rather famous for their home made scones. They were very nice though the cup of tea undrinkable:( After this we spent quite a long time watching different breeds of dogs being put through their paces in the judging ring. We fell in love with a cute French Bulldog puppy called Remy. Watched the Australina cattle dogs and could see where our beloved Morgan got his heritage. Then through the holding area to see all the other dogs waiting their turn to be paraded, these are not your average pooch these are the pampered spoilt type variety forever being groomed to within an inch of their lives!
Posted by Barb at 17:25

Awwww! How sweet is that the two dogs have their arms linked. And that last little guy is so cute! :) Sounds like you had a great time at the Agricultural Show Barb.