Spur of the moment travel! 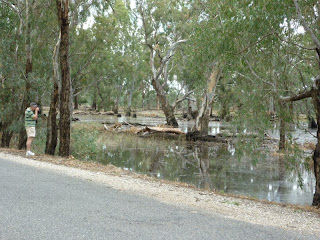 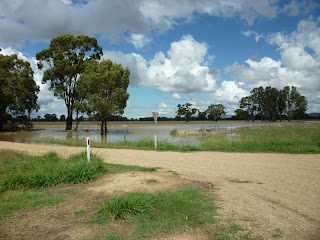 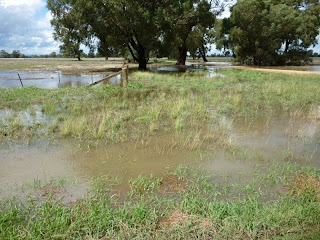 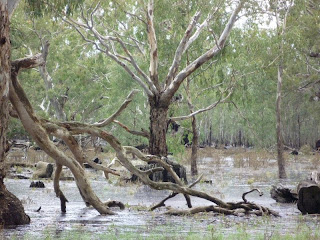 This past weekend was a long one here in Victoria to celebrate Labour Day we had monday off. We had not planned anything where in past years we have gone with friends to a Wine and food festival in Rutherglan, NE Victoria. There were devastating storms across Melbourne on Saturday afternoon, damage to some major infracstructure saw venues evacuated and venues closed. No damage here in suburban Gardenvale thank goodness. Sunday saw us head into the National Art Gallery to have a look at the "Ron Mueck" exhibition only to get to there to find the gallery closed due to water damage!
Well on the way home Mike asked what I wanted to do and I said it would have been nice to go to Rutherglen. Well we went home packed the toilet bag and our night clothes ...by 2.30pm we were on our way! Now it is a 4 hour drive and being a long weekend with the food and wine festival on we were taking a big chance on getting any accomodation. Listening to the radio we also heard that major storms were predicted for just the area we were headed for! Mike had his laptop and mobile net connection up and running and started to look for accomodation in the vicinity of Rutherglen. No luck at any B & B's and we were wished "good luck" by numerous people! By the time we reached Wangaratta it was about 5.30pm and the rain was starting. We drove through town and went passed a couple of motels with "vacancy" signs. We stopped at one that looked reasonable and were able to get a room at a fair price. A quick drive round to a local pub for tea found us getting inside just as the heaven's opened! Popular spot with a large contingent of year 12 students occupied the tables next to us and I suggested we get in the queue to order ASAP...wise move as they joined the queue just after us and after we had placed our order and were again seated we watched for a LONG time as they were processed. Our meal arrived quickly and was very nice.
We stopped to have a quick look at a newspaper before going to the car and ended up sitting for 20 mins waiting for the rain to ease! It did not let up much so we made a run for the car and back to our motel. Lightening and thunder flashing around us.
The next morning after a very nice breakfast we headed off to Rutherglen, the rain had stopped though more was promised for later. Our motel had faired alright but the one across the road had had to evacuate 5 upstairs rooms during the night as water was coming in! Our motel host said it was the most rain he had ever seen!
The drive to Rutherglan had us driving past low lying paddocks covered in water, lots of small lakes amongst the trees.
All this water is not good for the winemakers as the grapes will be prone to mould and it can be quite devastating to the crop. There was a strong wind blowing monday afternoon and this made one winemaker we spoke to happy as it was the best thing to dry out the grape bunches, better than the sun as it just added to the humidity and hence more chance of mould!
Posted by Barb at 07:36