Well what do you do when you have a bowl full of home grown apples and some rather stale lamingtons? Well you make trifle of course.
Don't laugh anything is possible if you try.
I put the lamingtons in the bottom of a rectangular casserole dish, poured over some tawny port as you do:) Made some egg custard and poured that over the lamingtons. Next I threw in some frozen berries I found in the freezer. Then I proceeded to stew the apples while they were cooling down I whipped 2 egg whites til soft peaks formed and mixed them through the apple. When I was at high school we made this in Home Economics class and it was called Apple Snow. This was spread over the top of the custard... Voila...Barb's Apple Trifle. We could not wait for the custard to set...don't think it is going to actually and had some for lunch. Yummo was the verdict. Made enough to last us a week...LOL It does not look very pretty but that did not affect the flavour. 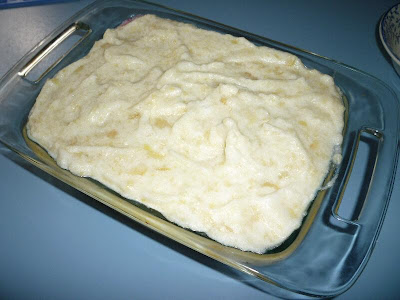 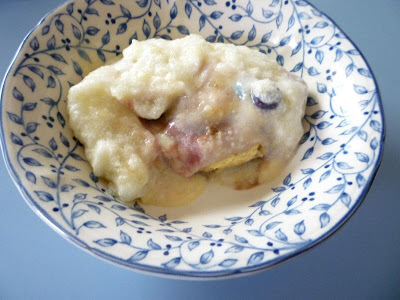